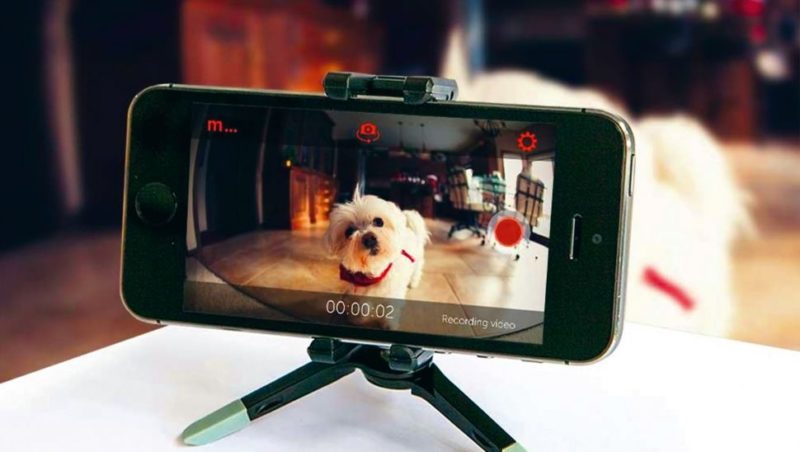 Who needs a wand when there is no denying how the game-changing smartphone allows you to do almost do anything with it – including using it as an alternative to a smart home security camera. Although the idea may be spellbinding, we would not recommend unleashing a smart phone to perform DIY security magic.

See our reasons why smartphones aren’t a smart choice for surveillance cameras that even security wizards would agree upon:

No one likes being woken when they don’t need to be; the same can also be said for being alarmed for what turns to be a false alert. A smartphone may have the capabilities of observing objects but distinguishing them is another matter. This possible lack of distinction can result in all motion detection – humans, doors, pets, bugs and other matter – triggering an alert when there needn’t one.

The smartphone is a target too

Defining valuables can include jewelry, wallet and possibly electronics. Hold up – if you class a smartphone as a valuable, would you let it be perched in plain sight of a thief? With demand for smartphones ever-surging, second-hand smartphones also have their relevance in the market space. Your DIY security smartphone setup may catch the eye of a burglar, which may risk your security being taken into their hands – say adios to your handset too! This may also result in you losing footage if it is not backed up elsewhere via a cloud service.

Unless your smartphone has wheels or is sitting atop a Lazy Susan, the view that your smartphone will capture will be limited. Not only will the handset be in a fixed position, it would also be unable to track movement from 90 – 360 degrees if detected.

The quality of night vision can vary significantly when it comes to using a stand-alone camera or a smartphone for security purposes. Many IP cameras have in-built LEDs as well as infrared lighting and will be able to provide better clarity and quality night vision (especially in low lighting) than a regular smartphone.

The smartphone isn’t going to stand alone – whether you put it on a tripod or mount it to a wall, it will still need some sturdy TLC.

A lover of all DIY projects? Check out our hottest DIY projects to turn your home into a smart one.