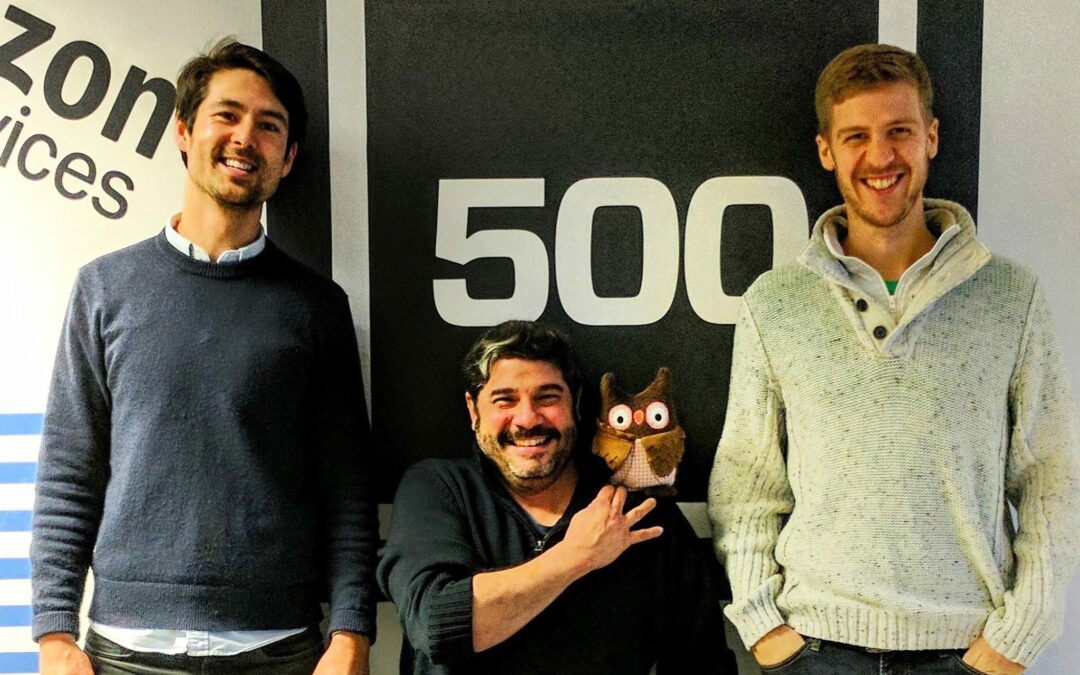 It is likely that many of our users have no idea what has happened to our team in the last four months – unless you are addicted to the #StartupLife or enjoy listening to the profanity that is Silicon Valley veteran Dave McClure and his rallying (and encouraging) cry of  “Just F**kin Do It!”.

Life at a startup is certainly one big rollercoaster ride. Here we will rewind the clock and give you a insightful timeline of events from where we were to the exciting place we are now.

Back in the summer, we were furiously working on the apps, the platform and getting ready for a fundraising effort to further develop our OWLR platform for you – our users. We were in discussions with all sorts of investors and busy preparing for our fundraising campaign efforts. And then, we got a surprise invitation from 500 Startups. After a gruelling few months of hard work and labour (all in the name of delivering a quality app of course), this email was a welcome surprise. All of a sudden, OWLR HQ was not going to be the same – we were at an exciting turning point in the company.  On an other note, lives were in disarray as there was limited time to leave London and make it across the Atlantic to San Francisco and start this illustrious program!

Fundraising had to take a backseat. We had previously closed half our round and lucky we had as 500 Startups told us we were worth a whole lot more! So with the invitation locked in the bag, three OWLRs (founders Sanford Dickert, Chris Jenkins and Business Developer Stuart Gardner ) booked flights and headed to Silicon Valley to kick start the 500S Batch 19 programme on behalf of Team OWLR.

In the words of OWLR CEO Sanford Dickert, here is a recap below of the ins and outs of 500 Startups. A number of years ago, a product manager named Dave McClure who had a fine career in startups like SimplyHired and PayPal, made a name for himself being an advocate for how to make startups succeed with his trademarked AARRRH Pirate Metrics.

Later, he had a terrific stint as a member of FoundersFund’s Facebook app fund — and, in doing so and saw there was another hole in the market. He felt that there were a number of smaller, scrappier startups that were getting ignored – ones that could be found in the barrios of Rio, the foot of Table Top Mountain in Cape Town, the concrete jungle of New York City or even the cobblestone roads of London.

500 Startups was born on the premise that investment of smaller sizes to bring companies to the attention of other investors would be a good thing – and that by extending across international geographies — the next Facebook or PayPal could find traction that they might not otherwise see the light on investment.

In the years since its inception, 500 Startups have grown their investment fund and extended their program to provide for bigger investments to a point that they now invest funds into a company in their own convertible loan note which gives the company freedom to grow and benefit in future investment rounds.

In their years of investing in companies, 500 Startups have had a number of successes on their record which you can look at on their site. But our excitement was more than just capital – it was based around what 500 Startups boasts – a “Just F**kin Do It!” attitude.

What Happened at #500Startups?

Four months can go by incredibly fast and to cram all the experiences into a post is kind of tough – but here is a short listing of the highlights with some help from our Batchmates (fellow startups that we participated in Batch 19 with):

Aside from the program above, a lot came out of the experience that I think we (and others) really benefitted from – from a company self reflection point of view and who we want to become.

How does 500Startups compare to Techstars and YCombinator?

Around the same time we got accepted into 500 Startups, we had already submitted to YCombinator (YC) and Techstars in London. We were waiting for YC to respond and wondered would it be “better” to do YC over 500 Startups or do both or what.

Please note: the following reflects what we learned from other Batchmates, locals in the industry and in general other founders who have undergone the programs themselves.

For OWLR, at our stage, 500 Startups was certainly a great choice. They are very much into showing you that you have to make the most of what you get out of their program and not to expect so much “handholding”. They give some introductions, but you have to hustle and make the hay yourself; no one is doing the matchmaking.

One of the challenges about writing this post about 500 Startups is that others will read this and wonder “Why is he slagging off on them?” And to be clear, I am in 100% support of what 500 Startups did and do.

Every day is a chance to learn.

Every day is a chance to make something better and more in line with our values and vision.

Every day is a chance to help others.

500 Startups — like many other accelerators — give new, up-and-coming and ongoing companies a chance to learn and grow — whether directly from the accelerator team, the companies within the batch or even the situations that surround the environs.

We grew in 500 Startups — with investment, with practice, with conversations and with vulnerability. What we learned is that every company in the Batch, no matter how successful or how fragile they are — they can contribute to all of the others in the Batch — and the world.

For the numbers people:

Was taking off from London and spending four months in the Bay Area worth it?

To quote Fargo – You Betcha!

See how OWLR is working its magic in the smart home space.